As its name implies, the Cavalier King Charles Spaniel is derived from spaniel roots. The European toy dogs were probably the result of breeding small spaniels to Oriental toy breeds such as the Japanese Chin and perhaps the Tibetan Spaniel. These Tudor lapdogs, known as “comforter spaniels,” served as lap and foot warmers, and even surrogate hot water bottles. The toy spaniels became especially popular because they appealed to all members of the family.

In the 1700’s, King Charles II was so enamored with his toy spaniels that he was accused of ignoring matters of state in favor of his dogs. The dogs were so closely associated with him that they became known as King Charles Spaniels. After his death, the Duke of Marlborough took over as the major advocate of the breed; the red and white “Blenheim” color, which was his favorite, is named after his estate.

The King Charles Spaniel continued to grace the homes of the wealthy for generations, but with time a shorter-nosed dog was preferred. By the early 1900’s, the few dogs that resembled the early members of the breed were considered to be inferior. A twist of fate occurred when a wealthy American, Roswell Eldridge, came to England and offered outlandish prize money for the best “pointed-nosed” spaniels, most resembling the old type. Ironically, these dogs, namedCavalier King Charles Spaniels in honor of the Cavalier King, eventually outstripped their short-nosed counterparts in popularity, becoming one of the most popular breeds in England. In 1996, the AKC recognized the Cavalier.

The Cavalier in many ways fits the bill as an ideal house pet. It is sweet, gentle, playful, willing to please, affectionate, and quiet. It is amiable toward other dogs, pets, and strangers. Outdoors, its spaniel heritage kicks in, and it loves to explore, sniff, and chase. 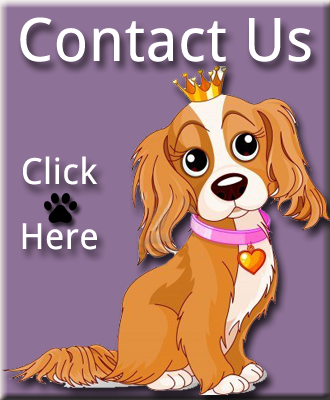